Be the first to review this product
About

We all like to see our horses with a shiny coat and healthy skin, but the coat and skin is not just aesthetic. The skin is the largest organ in the body and is not only responsible for control of body temperature and production of Vitamin D from sunlight but it must also protect the horse from environmental factors. These include sunlight, insects, bacteria, moulds, fungi and atmospheric pollutants such as ozone, nitrogen and sulphur dioxides. Frequent washing also increases the risk of flaking and skin infections. It is therefore no surprise that poor skin condition can make horses lose condition and fail to thrive.

If your horse is stuck indoors, brighten up his day with our range of treats, licks & toys! 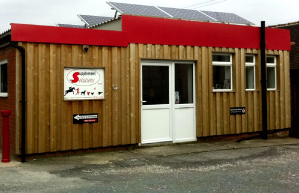